How an Internet Exchange can transform digital infrastructure and support your business long into the future.

How is your business adapting to the post-pandemic age of accelerating digital transformation?

Perhaps you’re adopting new cloud applications? Maybe you’re exploring the possibilities for virtual collaboration following the shift to hybrid working? Or you may even be automating your operations with newly accessible Internet of Things (IoT) technologies.

Whatever type of digital transformation is taking place in your organization, one thing is for sure – fast, reliable network infrastructure and connectivity is becoming critically important.

More than ever before, you need an underlying infrastructure that supports, drives, and powers connectivity. Put this in place now, and you’ll take a huge stride towards future proofing your business.

With that in mind, let’s explore some of the digital changes on the horizon, as well as their implications for enterprise connectivity. We’ll outline what your business can do to mitigate network infrastructure issues. And we’ll explain how you can build a foundation of connectivity resilience by connecting to an Internet Exchange.

Check out our guide to custom connectivity
Section 1

Enterprise technology is developing at lightning speed to meet the needs of the digital age. Robust network infrastructure has never been so important. Here are just three examples of the key trends already changing the way you do business and shaping the evolution of connectivity.

The cloud itself is a major driver of digital transformation and disruption. It makes applications more accessible, while increasing resiliency, scalability, flexibility, and speed. So, it’s hardly surprising adoption is accelerating.

Looking ahead, a variety of networked systems will emerge to link cloud service providers together. This process is already underway with GAIA-X, a European initiative to create a unified ecosystem of cloud and data services protected by local laws.

Virtual collaboration is the new normal

The pandemic meant a mass shift to remote working, which in turn caused a spike in the use of video conferencing and other collaborative tools. Now, having proven that remote work is productive and even desirable for many employees and businesses, we’re settling into a world of hybrid work. And this means developments in virtual collaboration are moving up a gear.

As we set off on the 3D path that will ultimately lead to various incarnations of the Metaverse, immersive extended reality (XR) applications will create virtual workspaces where holographic workforces can interact within digital universes.

Microsoft is already combining the mixed reality capabilities of Microsoft Mesh with the productivity tools of Microsoft Teams to make remote or hybrid working more immersive and collaborative.

The Internet of Things is the real world

While tech companies are busy creating virtual worlds, we mustn’t forget the objects being made smart in the real world. Connected cars are the most obvious example as we speed towards an era of autonomous driving.

Automotive brands must determine which digital systems and services they can operate in-house and which they will outsource to tech companies.

And it’s not just the automotive industry embracing IoT technology. The ability to connect almost any device to the Internet is enabling everything from smart factories with autonomous robots to digital healthcare, where diagnosis and treatment can occur remotely.

Smaller businesses will be increasingly able to leverage robotics and IoT infrastructure as they become more widely available as a service. At the same time feedback loops from connected devices will help organizations optimize their operations.

These developments in cloud computing, virtual collaboration and IoT devices (among many others) are driving the need for better network infrastructure and reliable, secure connection.

Here are five elements your business will need to build the necessary resilience and cope with ongoing digital transformation.

Technological evolution means a continual increase in the volume of data moving between businesses, applications, and devices.

At DE-CIX we saw a massive 48 exabytes of data flow through our Internet Exchanges in 2022, a year-on-year traffic growth of 25%.

Global data creation will continue to grow 23% each year through to 2025, according to IDC. To cope with this growth, your business requires network infrastructure capable of absorbing additional traffic and ensuring critical data isn’t sent via congested transit routes.

Businesses have been trying to improve website loading speeds and reduce latency since they started using the Internet. But with cloud-based applications, XR technologies and IoT devices requiring real-time responses, the need for speed is greater than ever. Any delay will be disruptive to your business operations.

As an example, e-manufacturing and autonomous vehicles require latency of less than one millisecond to work as intended.

In addition to network capacity and speed, your business requires network stability to make the most of the latest technological developments.

Cloud-based applications and next-gen technologies may increase efficiency and agility, but if they are inaccessible due to frequent outages, you won’t see the benefits. Reliable network infrastructure will be critical to see a return on your investment in the latest tech.

Your business will need to find a way to take control of network infrastructure, secure the pathways along which critical data flows, and guard against data leaks or cyber attacks.

Every time your business adopts a new technology or application that requires advanced connectivity, costs are likely to increase.

Maintaining a fast, reliable, secure digital infrastructure capable of dealing with growing volumes of data will need to make financial sense for your businesses and reduce costs rather than adding to them.

Find out how DMTECH is meeting these needs
Section 3

It’s possible you’ve never heard of an Internet Exchange. But connecting to one is the single most effective thing your business can do to respond to the demands of digital transformation, build resilience, and future-proof connectivity.

At an Internet Exchange, data packets flow from one network to another via a process known as peering. Data exchange between networks can be agreed on a bilateral payment basis, but this is becoming unworkable with increasing traffic volumes.

Peering is a more sustainable alternative that enables participants at an Internet Exchange to connect to other networks and share traffic on a cost-neutral basis. It allows data packets to move directly between networks quickly and cost-efficiently.

Internet Exchanges were initially set up to allow data to pass between telecom carriers, ISPs, and content networks. But they can be of benefit to anyone that relies on network traffic and wants to control data traffic routing.

They’re now used by enterprises from all sectors including automotive, healthcare, finance, and retail. Participants can make a single connection to the platform to peer with hundreds of networks.

Watch our video to find out more about peering at Internet Exchanges.

What is an Internet Exchange? 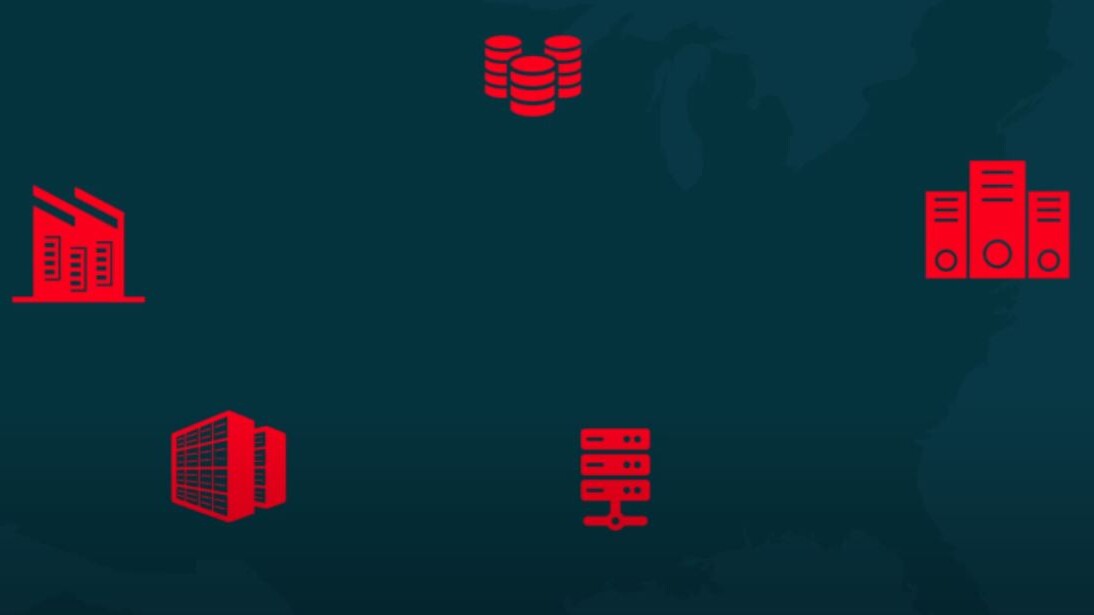 Why should you peer at an Internet Exchange?

So, what’s in it for you? Peering at an Internet Exchange answers many of the connectivity and network infrastructure challenges arising from ongoing digital transformation.

It meets your need for capacity, speed, reliability, security, and cost efficiency.

Connecting to an Internet Exchange provides the capacity your business needs to absorb growing traffic volumes.

At the heart of Internet Exchanges are switches, to which networks connect via their own port. These ports can be large, capable of transmitting up to 400 Gigabits per second. With this level of peering bandwidth potential, you have massive throughput to other networks, empowering your business to deal with the inevitable rise in data volumes.

At an Internet Exchange, networks share data with one another on the spot, rather than using long and complex routes to find a point where both networks happen to be in the same data center. This enables data packets to reach their intended destination far more quickly, minimizing latency.

For the lowest possible latency, your business needs content and applications to be physically located near to the end user. This is made possible by the presence of Internet Exchanges all over the world, to keep data local.

Internet Exchanges offer a stable interconnection environment, as they are distributed over multiple data centers within a metro region. As a participant, you can access all networks regardless of which data center you use.

This distribution ensures redundancy, protects against outages, and guarantees availability. What’s more, most networks have more than one port at an Internet Exchange to increase reliability.

When data takes long and complex routes through the Internet, there are inevitable weak points. But peering at an Internet Exchange ensures your critical data flows via short, direct pathways with in-built security to reduce the risk of data loss or privacy breaches.

Internet Exchanges also help protect your business from cyber threats. For instance, they use Blackholing to mitigate the effects of Distributed Denial of Service (DDoS) attacks.

Overall, peering at an Internet Exchange will cost your business less than connecting to the Internet via traditional IP transit. This is because you only need one single connection to peer with hundreds of networks, rather than maintaining separate connections for each individual network.

Using an Internet Exchange, data packets can be transmitted cost efficiently via the most direct route. What’s more, automation and virtualization make booking services at Internet Exchanges simple and flexible.

The above are just a few of the advantages of peering at an Internet Exchange. To find out more about how your business can benefit, check out our "10 reasons why you should peer" white paper.

Be ready for the road ahead

Your ability to use next-gen technologies and cloud computing strategies to drive business success depends on reliable interconnection. And peering at an Internet Exchange is a simple, cost-effective way to build the fast, reliable, secure connectivity needed for the world of tomorrow.

But peering isn’t the only thing you can do at an Internet Exchange. You can also create a connection to multiple cloud service providers, giving you private, secure, and direct access to the cloud. In addition, you can set up your own private interconnection environment, in the form of a Closed User Group (CUG), to exchange data directly with selected partners. By combining these services, you can actually bypass the public Internet altogether and create customized connectivity for your business.

To take your network infrastructure to the next level, check out our "Beyond the Internet" ebook.

You’ll find out how you can optimize enterprise connectivity bypassing the Internet in four simple stages, to truly future proof your business network infrastructure and build resilience. You already have a head start, as connecting to an Internet Exchange is step one.

Want to find out more?