Since Covid-19 hit Europe in February, many areas of life have changed dramatically – both personally and professionally. We use significantly more digital applications, for example to virtually bridge the geographical divide. A stable, secure and reliable Internet connection is essential. More than ever, accelerated digitalization means that our society is increasingly dependent on technical innovations. In this context, 5G will play a crucial role. But there is much more to 5G than simply “super-fast Internet” for the smartphone – as the new mobile standard is widely perceived by the public. Streaming high-resolution content to mobile phones is only one aspect. In addition, 5G offers enormous potential for a range of industrial and economic sectors. A prominent example is connected factories in the wake of Industry 4.0. But there are also application scenarios in agriculture and construction, in the transport sector, in energy production, and in the medical sector. In order to implement these complex use cases, however, additional, complementary technologies are required. Below, Dr. Christoph Dietzel, Global Head of Products & Research at DE-CIX, gives a rundown of five essential complementary technologies:

Many industrial 5G applications require very low latency (sometimes below 10 milliseconds). This means that data processing and storage must be physically closer to the end user. However, directly at the end devices there are not enough resources to process large amounts of data, such as that collected by sensors. This is where the Mobile Edge Cloud (MEC) comes into play, an infrastructure that provides its own computing and storage capacities at the “edge” of the network – i.e. close to the end devices. The term “mobile” here can be explained by the fact that applications can be moved from one edge cloud to another without any noticeable time delay, making these applications appear mobile. Depending on the relevance of the applications, companies can decide whether to use a Mobile Edge Cloud jointly (shared with other parties) or privately (exclusive company-own cloud). One Mobile Edge Cloud application will play a major role in the energy transition, for example: Smart grids represent the intelligent power grid of the future. Surplus electricity generated from renewable energy sources (e.g. solar energy on a long, sunny day) can be stored and flexibly provided as needed (on cloudy days). The data required for this is stored in the Mobile Edge Cloud, physically close to the intelligent meters, the end devices.

Software-Defined Networks (SDN) evolved from the need to make networks more agile and flexible as their complexity increases. The goal of Software-Defined Networks is to decouple the control level from the underlying data level (often physical circuits) in routers and switches. This makes it possible to manage the entire network of SDN switches via a central controller (physical or virtual) and, for example, to prioritize data packets or block them if necessary. The resulting visibility and control is a security benefit of Software-Defined Networks, because the controller can monitor traffic and provide security policies at individual switches. The “software-ization” of the network also makes it possible to use centrally-controlled protocols instead of the previous distributed ones. This centralized approach, along with the associated large amount of flexibility, allows networks to quickly adapt to more complex requirements. One use-case is campus networks, where Wi-Fi and Ethernet networks must be harmonized. SDN controllers help to manage the entire campus network in a centralized and automated manner, as well as ensuring improved security and quality.

In Network Function Virtualization (NFV), expensive and inflexible hardware solutions are replaced with software that runs on standard hardware – such as commercially available servers – on which virtualization concepts come into play. The combination of “software-ization” and virtualization provides for more flexible service migration, as well as faster deployments, upgrades, and downgrades. The use of standard hardware can also reduce operating costs. Network Function Virtualization is used, for example, in security appliances that guarantee the security of a network, as well as in classic software routers.

Service Function Chaining (SFC) enables the flexible and efficient use of network functions for different applications. With Network Function Virtualization, links in a chain can be provided in virtual environments on any standard commercial hardware. Service Function Chaining – the concatenation of network services – facilitates practical use-cases that normally require a complete network service consisting of several service functions in a certain order (e.g. first a firewall, and then a deep packet inspection), where Network Function Virtualization must be able to keep packets in the predefined order. The traffic in a service function chain passes through service function interfaces one after the other, which may well be distributed among the various physical computing nodes. The main advantage of chaining network services is to automate the setup of virtual network connections.

Network Slicing describes an architecture with multiple parallel and independent logical networks on the same physical hardware infrastructure. Each of these logical network segments provides a certain Quality-of-Service level, which is based on parameters such as latency or data capacity. The individual segments or slices are mapped to the end-to-end communication. Software-Defined Networks and virtualization play a critical role in implementing Network Slicing in 5G environments. Software-Defined Networks are the prerequisite for creating a freely configurable data layer that can be accessed by different applications with different requirements. Network Function Virtualization manages the computing and storage resources needed to provide immediate network functionality.

The 5G mobile standard undoubtedly offers great potential for industry and other sectors of the economy. However, improved mobile data transmission alone is unlikely to result in the development of profitable applications. This requires, in the background, additional technologies and infrastructures such as the Mobile Edge Cloud, Software Defined Networking, Network Function Virtualization, Service Function Chaining, and Network Slicing. Only through the successful interplay of these technologies and the broad distribution of 5G will the new mobile standard enable new use-cases and bring added value to companies. 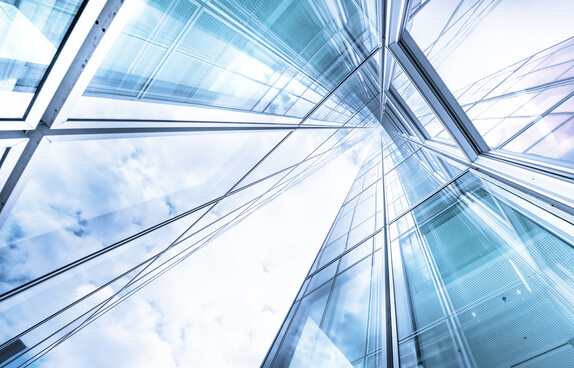 Explore our resource library which has various peering, cloud connectivity and interconnection related white papers, videos, articles, and more. Learn about emerging trends and explore what our services can do for you.